Well positioned on an important axis of communication between Toulouse and the Mediterranean Sea, Villefranche-de-Lauragais has always been an essential place of passage in the Toulouse South. The city owes its historical influence to the golden ages of cake and wheat in Lauragais, but also near the mid channeli.

An observation post in the middle of the forest

Originally, this place was located in the middle of the vast Saint-Rome forest, reputed to be unhealthy and dangerous. Dense and thick, this forest was however crossed by an important road axis, the Via Aquitania (Voie d'Aquitaine), the only gravel road in all of Lauragais in the Middle Ages. It was built by the Romans in the 1st century AD and led from Toulouse to Narbonne. A surveillance post had been created at this location to secure the passage.

Villefranche, a county then royal creation

Around the year XNUMX, a few fortified villages like Gardouch, Avignonet, Montesquieu, developed on the heights, dominating the Way of Aquitaine.

But in the XNUMXth century, the Count of Toulouse, Alfonso of Poitiers, decided to create a city in the plain: this is how the bastide of Villefranche was born in 1252. This foundation aimed to clear the forest and relocate a growing population, which had often been the victim of destruction and looting caused during the crusade against the cathars (1209-1229).

In 1280, King Philippe le Bel wrote a charter of custom by which he granted economic privileges to the city and guarantees of individual freedoms and security to its inhabitants.

The name of the city was thus found : it is a free city, since the inhabitants there were freed from certain taxes and duties!

The Church of Our Lady of the Assumption

This church was built at the end of the XIIIth century at the request of Jeanne de Toulouse, daughter of the famous Count of Toulouse Raymond VII and wife of Alphonse de Poitiers, brother of the future King Saint Louis.

the imposing steeple-wall, surrounded by its two turrets and pierced by six bell bays, is recognizable among all! The building was extensively remodeled and enlarged in 1865 to accommodate all the faithful and erase the scars of the Hundred Years War and the Wars of Religion.

Before entering, notice the Carved mermaid on the top of the door. Original, isn't it? The fact that it appears on the entrance gate of a church carries deep symbolism: by entering the building from the west, the Believer leaves behind him Death and Sin.

Inside, we discover stained glass windows from the Toulouse house Gesta, as well as a beautiful XNUMXth century sandstone trinity in the first chapel on the left as you enter.

The golden ages: pastel then wheat

After a period of unrest due to the brutal Black Prince in the XNUMXth century, Lauragais experienced a real golden age thanks to the culture of pastel. Villefranche then became a collecting center: all the shells of pastel were collected in the surrounding farms and then transported to the market hall of the village in order to be sold there to Toulouse merchants. The latter then exported them all over Europe.

A little later, at the beginning of the XNUMXth century, thanks to the canal du midi, Villefranche became an essential place of exchange for cereals. A grain hall was built on the site of the town hall where barley, wheat, corn, oats, hemp, flax were sold...

La Republic street has a remarkable heritage. If the inhabitants, too accustomed to crossing the main axis of the city, are no longer surprised by its facades, we recommend that you pay a close attention to the architectural treasures found there.

One of the oldest houses of Villefranche-de-Lauragais is located in this street, very close to the church and the hall. It would date from 1634! A little further on is theold town hall, and just opposite, a beautiful facade with antique-inspired statues.

Continuing, we can seeelegant houses with facades decorated with terracotta friezes and moldings, false columns, or half-timbered. A real mixture of genres known as eclecticism in architecture.
At the end of the street, the main axis of communication since the Middle Ages, take advantage of a stopover Square of General De Gaulle and watch them Art Deco buildings of the former Bains Douches, now transformed into a municipal library.

The time of the fairs

The opening of new roads and the inauguration of the railway in 1858 opened up new economic prospects. Merchants flocked from all directions. There was until 7 spaces in Villefranche for exchanges : for cattle, for pigs, for sheep, for poultry…. After the Second World War, these fairs gradually lost their importance.

Let's go to the market!

A veritable institution for centuries, the Friday morning market place Gambetta allows the curious and gourmets to find local specialties and chat in the shade of the stalls.

Take advantage of your visit to Villefranche-de-Lauragais to take part in the Many events organized in town or by going to Cinema Bor !

In summer, go for the public pool to take advantage of its outdoor play area!

Finally, succumb to the temptation of the many restaurants in town that offer all types of catering.
You choose ! 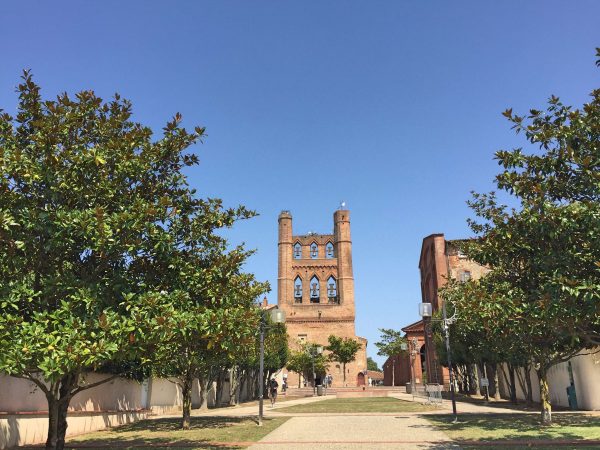 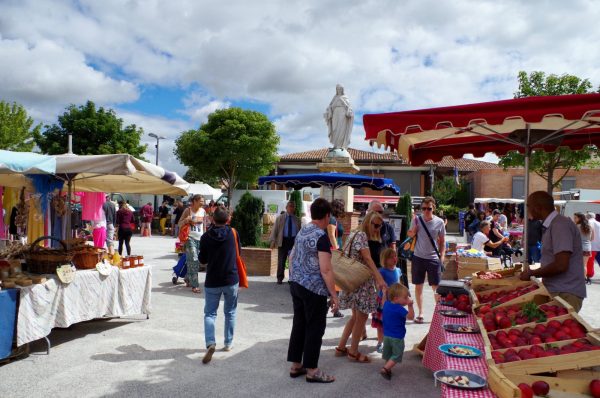 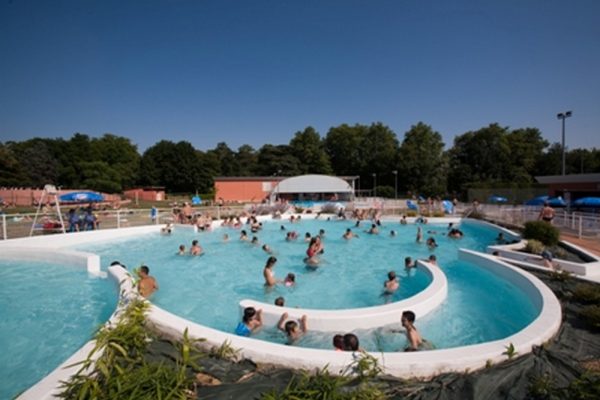