Pastels have given Lauragais its letters of nobility. In the XNUMXth century, the region experienced an unprecedented boom thanks to the trade in this plant, exported throughout Europe. The countryside is then covered with castles, mansions, churches and dovecotes. Simple landowners become wealthy bourgeois, some even reaching the nobility. But did you know that in the past this plant was used to make a beautiful indelible blue dye?

« Isatis tinctoria Is its Latin name. Exploited since Antiquity, it was from the XNUMXth century that it was truly cultivated in the Lauragais. This plant is not difficult to grow: you can try it yourself in your garden or on your balcony! She likes rich soils and does not fear drought or frost.

Traditionally, it is sown in the ground in February. As it is a biennial plant (it lives two years), it produces leaves the first year and it goes to seed the second, then it dies.

The leaves that were harvested to make the blue dye had a peculiarity: they were hemmed in a purple color. This indicated that they were loaded with pigment and therefore ready to be used for dyeing. The harvest was done leaf by leaf by hand. In Lauragais, up to six harvests could be made from June to November, against four on average in the rest of France ...

Once collected, the leaves were passed directly under the pastelier mill, driven by a donkey or a horse. Crushed, they were then drained and molded by hand to form "shells" (balls the size of a large lemon). The Cockayne country it is therefore the place where these famous shells were fashioned!

These shells were then placed in a ventilated room on a pastel dryer: wire shelves called " hurdles ". The drying could take several months. All the water had to evaporate and the ball had to harden.

FROM HULL TO DYE

You guessed it: the transformation process was long and tedious. There was a year between when the plant was picked and the dye was obtained!

When the hulls were dry, they were powdered using a mallet. The powder was poured into a tiled vat dug into the floor. Urine and stagnant water were poured over it to speed up fermentation. We thus obtained a paste (from there derives the word "pastel") which was turned twice a week with a shovel. This stage lasted a few months and you can imagine it, gave off a foul odor!

Once the fermentation was finished, we finally obtained a dark gray blue material: the agranate. The latter comes from the Occitan word "agranar" which means "to crush", because indeed, it had to be reduced to a very fine powder to use it in the dye vats.

It was then a question of putting in a large wooden tub some water and a few grams of powdered agranate. The preparation of the bath took a month! This could be used to dye fabrics for a week.

To obtain a dark blue dye, it was sufficient to soak the fabric several times in the tub. After the first bath, it came out yellow, turned green then, quickly by oxygenating itself, became blue.

THE DECLINE OF BLUE GOLD

Pastel reached its peak in the middle of the XNUMXth century. Unfortunately, several concomitant events will put an end to this great success:

Seeing the pastel economy collapsing from year to year because of competition with indigo, Henri IV took a radical decision in 1609: he banned the importation of the indigo tree throughout the French kingdom ... under penalty of death ! An effective measure, since the pastel trade continued to do well until the end of the XNUMXth century. It was the advent of chemical dyes that truly destroyed pastel.

Pastel has experienced two revivals in the XNUMXth and XNUMXth centuries:

Finally, also know that since 2003, four patents have been filed by a pastel research institute. The seeds, cold pressed, give a anti-oxidant cosmetic oil (limiting the aging of the skin) and very moisturizing. All you have to do is test it on your skin ! 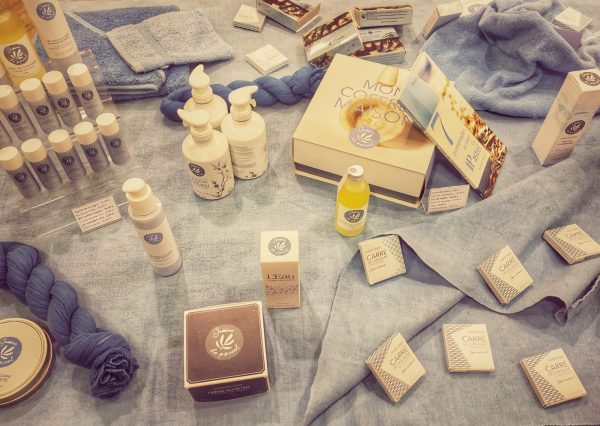 Loubens-Lauragais, in the land of pastel